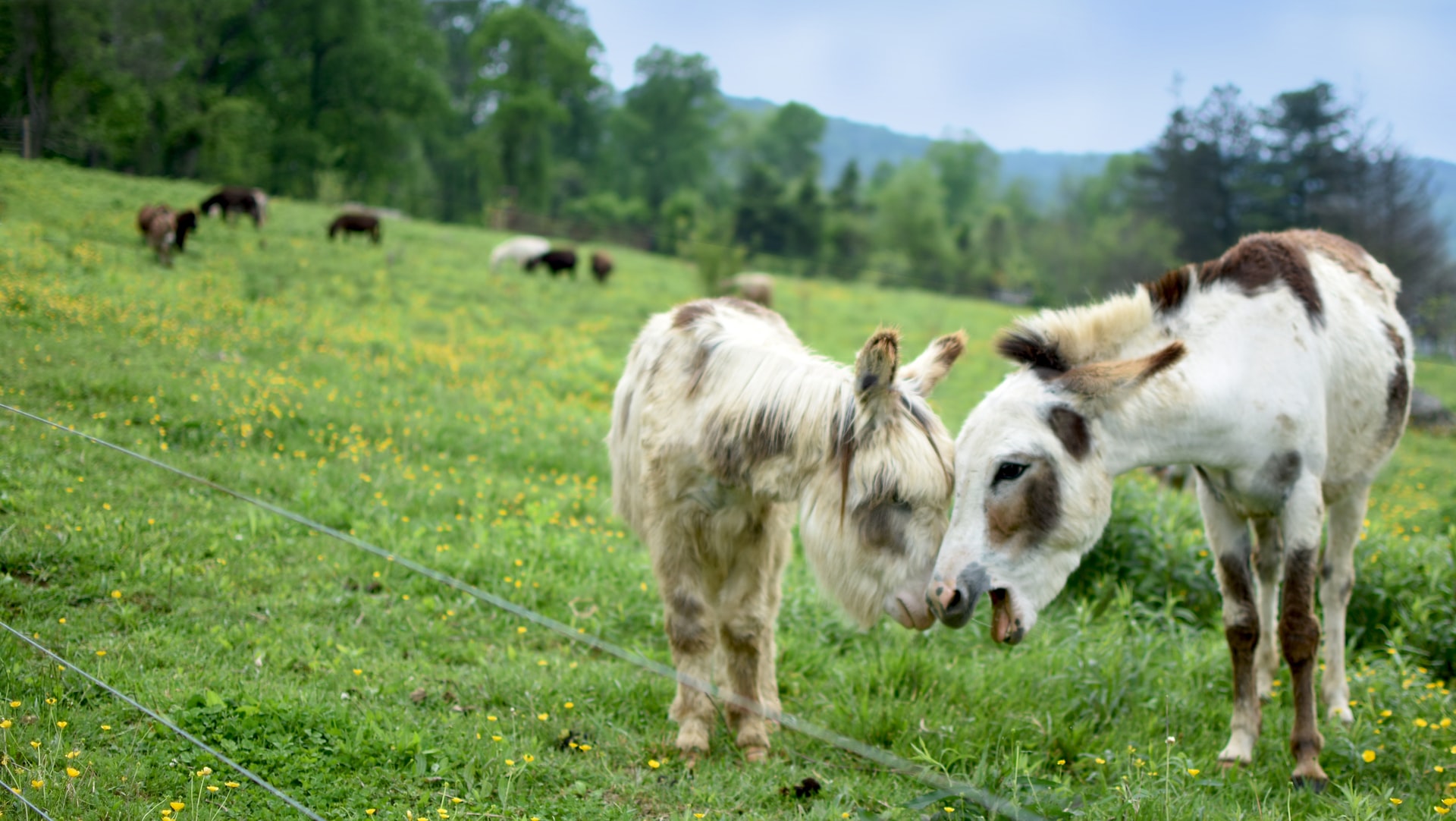 It’s parsnip season and hundreds are being plucked from the ground and left out on the doorsteps of farms and homesteads for free pickings. “They look tasty for my donkeys”, you think, pocketing a couple of fresh ones.

But are they? Can donkeys eat parsnips?

Yes, donkeys can definitely eat parsnips. A maximum of a small handful per day can be a nice treat and has several health benefits. And donkeys usually love them!

But that doesn’t mean you should go out shopping specially for them. Plus donkeys can be a bit funny about them when they’re not in season!

In this article we’ll go a little deeper into the question. We’ll cover:

Curious to find out more? Let’s dive in!

Health Benefits of Parsnips For Donkeys

Thanks to the following nutrients, parsnips have several health benefits for donkeys:

The big thing to potentially watch out for with parsnips is their sugar content. A one cup serving has 6g of sugar.

For an overweight donkey that could pose an issue. The nutrient breakdown could lead to further weight gain. Something that could later impact their joints and general health.

Even for donkey’s of a healthy weight you don’t want to feed them too much parsnip. Diarrhea and other gastric issues could result thanks to the extra fiber.

Feeding Parsnips As A Donkey Treat

They can be fed to your donkey in a couple of different ways.

How Should You Feed Parsnips To Donkeys?

Probably the best way to serve parsnips to your donkey is chopped into finer pieces. Root vegetables are generally safer this way, as in their raw form they can be long and jagged.

That could be a small choking risk to a donkey taking it whole.

Other ways you can feed parsnips to donkeys include:

There are no hard and fast rules on how to feed them. Just use common sense and keep the quantities small.

How Many Parsnips Can A Donkey Have?

According to the Donkey Sanctuary, you should only feed donkeys one small handful-sized portion of parsnips as a maximum per day [1].

You don’t need to give them every day either. Just as and when you have them.

Do Donkeys Eat Parsnips In The Wild?

Parsnips are part of the Apiaceae family and is native to Eurasia. Donkeys evolved in Africa, parts of Asia and the Middle East. Due to these geographical differences, it’s not likely donkeys came across the vegetable much in the wild.

But that’s not to say that parsnips are a relatively new foodstuff to them. Thanks to the Romans, who cultivated and spread the parsnip across their Empire, donkeys were probably introduced to them around a similar time.

So it’s safe to say donkeys have been eating them for a couple thousand years at least!

Both mules and horses eat parsnips. The vegetable has the same benefits for both. And can also be used as a tasty treat for both.

Parsnips are healthy, safe and good for donkeys in small quantities. Like carrots, they can be crunchy, refreshing and a nice treat. A welcome break from boring hay or grass!

Our guides are a great resource for new or experienced donkey owners interested in better caring for their animals.